What happened in Auora, Colorado was a tragedy. Everyone can agree with that. The media is taking this as an opportunity to parade it around the television and internet – which I have no problem with – to debate the most obvious topic on hand: what does this mean for gun control. 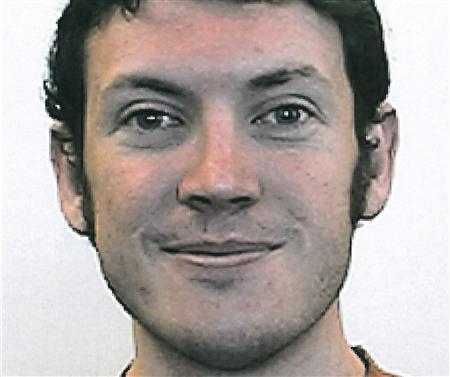 The same talking points are being regurgitated across the news outlets and the respective conservative or liberal leaning stations are standing their ground without much bend or surprise in their arguments. So the story goes, but gets us nowhere, because frankly guns aren’t the problem in America – it’s the culture.

We are breading a culture of violence and a desensitized populous unphased by the slaughter of human life. We are a modern day Spartan society. Warriors are heroes looked upon as Gods of society.

Worse – the “gangster” or criminal mentality is rewarded by praise from peers and television. Even I find myself rooting for drug dealers and murderers on TV.

Joining the military to kill our enemies is taken lightly it seems and greeted with a “thank you” from society. Killing a few civilians a few thousand miles away with a drone has literally become as easy as a video game. Sometimes I wonder if we take the loss of human life seriously enough or if the constant bombardment of death has made it invisible.

I’ve argued before the importance of maintaining our rights to bear arms – it’s essential to our liberty as individuals and as a country. However, we cannot have liberty without responsibility, period. That responsibility includes instilling values of right and wrong in our children and holding our peers in society to the highest possible expectations. Liberty is only successful in combination with morality.

Among developed nations we are the most violent. We aren’t killing each other for food, drug cartels aren’t our overlords, and we aren’t fighting for survival; yet because of some crude sense of enjoyment – the incentive provided by a perceived benefit granted by society as a whole – we embrace violence. Sometimes, if enough people die, we hear about it on the news.

Where do we go from here?

Over the next few years and decades we basically have thee choices. We can either concede to violence until the people finally beg our Government to play the parent and take our 2nd Amendment right way (or at least strictly impede it) or we can change the current prevailing culture. I think most of us, even the most liberal of us, would prefer the latter.

We teach peace and the infinite value of the human life. We demand personal and social responsibility. We instill these facts in our children and our peers.

People not the Government

I am a strong advocate for action and culture change brought upon by the people and not by our Government simply because we have been shown time and time again that no one can force a group of people to behave.

When the Government tried out prohibition it failed, the drug war is failing us now, and I imagine that for America (where the gun culture is so strong) an attempted law prohibiting fire arms would fail too – or at least only keep them out of the hands of law abiding citizens. So, to me, the only logical thing to do is to hold ourselves personally accountable.

New to BlogTruth?
If you are new to this blog this is a good place to start.